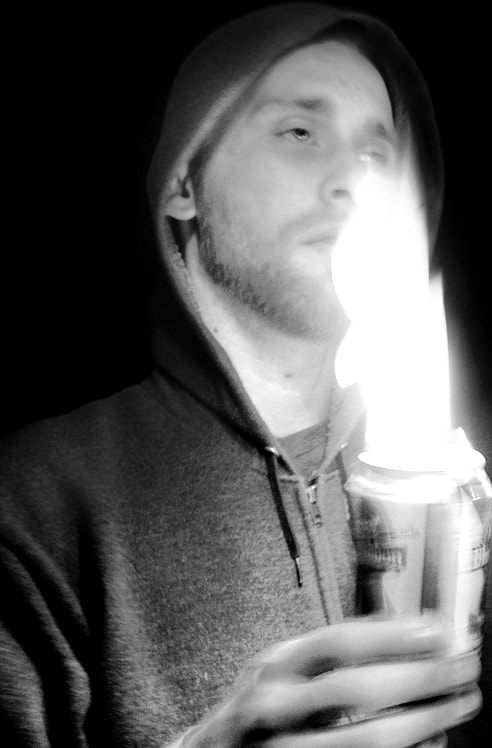 I can't make "nice" work. It's not my fault, I don't know how. A year of my life was spent in a strange paralysis over the fact that I have no idea what "happy art" looks like. There is a darkness to my work but it is not the essence. I create darker works because there is something very empowering to me in confronting aspects of the psyche that are less than pleasant. My solution to allowing these sometimes painful themes to surface is the power of aesthetics itself. I do not claim that this is some radical new thinking, quite the opposite actually. Most of my previous work was dealing with mental illness but the more I worked within that theme I started to feel that the idea I was truly drawn to was confusion of identity. The work I create now is an exploration of how constrictive the search for the self is. The outer world matching the chaos of the inner conflict accompanying the search. The furious bondage one is thrust into the closer the answer appears, feeling as if now that you can see the cage it starts to get smaller. There is an ironic aspect to some of my works, mostly with phrases most likely said at a party than in serious discourse. I would rather relate to a greater audience than spend my time telling a story that only I understand. While there are some heady concepts and heavy words in my ideas, this idea is near universal. Every culture has its answer. Every culture except ours, at least one that isn't bombarded with suspicions and critique within the assault of information that is hallmark of our daily lives within our age. I seek not to be apocalyptic or misanthropic because I believe staring the monster in the face is a real step a person can take.
Powered by